Between 2015 and 2016, during the height of the European refugee crisis, more than half a million migrants and refugees crossed through Slovenia in transit to other destinations in Europe. As border controls across the region and the European Union have tightened, more have decided to stay and seek asylum in the country. In 2017, 1,476 people have applied for Asylum in Slovenia.

Our Work in Slovenia

JRS Slovenia provides a variety of services to displaced people in Slovenia including visits to detention centers and Slovenian language classes. JRS Slovenia also hosts a monthly radio program on a local Catholic radio station to promote a more positive attitude towards refugees and migrants.

Reconciliation In a spirit of welcome and hospitality, reconciliation creates a communal expression of social cohesion and acceptance of refugees within society. 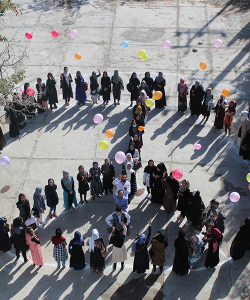 Reconciliation
Education Education is a life-saving intervention that helps displaced children and families to see beyond their displacement. 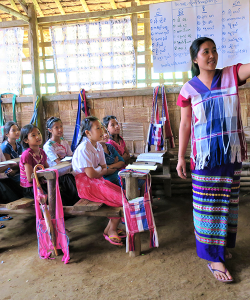