South Sudan is experiencing a fourth consecutive year of severe flooding in 2022. Over the last 3 weeks, the Maban region (Upper Nile State) has been hit by three successive waves of flooding, which have caused widespread destruction and triggered secondary displacement of the refugee, returnee, and host communities. The Maban region is prone to floods of varying intensity each year, which are caused by seasonal rains in the Ethiopian highlands that drain large volumes of water into Maban, both as surface runoff and as overflow from Yasuba River.

The floods have already caused extensive infrastructural damage to roads, bridges and schools; have destroyed or severely compromised water, sanitation and hygiene (WASH) facilities; damaged and/or limited access to health and education infrastructures, and disrupted markets and livelihoods.

In the context of a protracted and complex crisis, multiple shocks continue to devastate fragile development gains and hinder humanitarian access to communities whose day-to-day survival remains significantly dependent on access to humanitarian services, eroding an already vulnerable population’s capacity to cope and recover from crises. With the rainy season expected to last until early November, the risk of further flooding remains high, and with it the risk of further compounding an already critical humanitarian situation.

Main impact of the floods

Infrastructural damage to houses, offices, hospitals, bridges and roads. We need to consider that most houses are built with simple materials such as straw wood and plastic sheets, which has made the consequences of the floods even worst. In some parts of Maban, the water level has raised over two meters high, reaching the ceilings, and furniture has been spoiled, including power generators (the only source of energy for most).

The floods affected the logistical supply very badly. All the food and other items were submerged, but now we raise the mound to the top. The supply lane was cut off because of the floods, the only road connecting the town and the airstrip in full of water.
OKELLO PAUL, JRS SOUTH SUDAN LOGISTICS OFFICER

Prices of basic food items, NFI, and fuel have severely increased due to food insecurity and limited access to markets caused by the destruction of crops as well as the impossibility of using main roads to access markets in other areas. The road connecting Maban with the main town in the area, Bunj, has been cut off and the main bridge to access the area has been damaged.

Access to learning facilities is hampered due to the stagnation of water for schools located in low-laying parts, with displaced families taking shelter in schools located on higher ground. While there has been notable loss and damage of teaching and learning material, school infrastructures have incurred minimal damage if any.

An increased prevalence of water-borne diseases and public health hazards are expected, due to stagnation of water, damage and submersion of sanitation facilities and fresh water sources, as well as damage to shelters and destruction of household goods. Maban has no sewer infrastructure, therefore no toilets but only latrines. When the level of water is so high, the latrines get flooded and its content spreads throughout. The last flood in 2019 had as a consequence numerous infections. Some JRS staff are still suffering the effects of those.

Flood bags had been installed along the fence, but these were not enough to stop the raging waters. Water entered all accommodation rooms and offices. The most affected were the WASH facilities: the borehole water pump was submerged in water and all the pit latrines were full and overflowing.
SAMWEL NYAMWEYA OMARI, JRS MABAN EDUCATION COORDINATOR

After the last wave of flooding, only 1 of 9 health facilities across 4 refugee camps and the host community is accessible. Also, access to medical attention is limited. Doctors and other medical staff are physically cut off from the majority of the population in need.

Additional mental health and psychosocial problems are expected to arise due to the impact of the disaster including the loss of homes, livelihoods, properties, and the loss of lives.

JRS has come together with other humanitarian organizations present in Maban to analyze the most urgent needs of the population. JRS’s plan of action is focused on basic needs items and mental health, apart from the internal infrastructural needs. Our response includes the distribution of core relief items and dignity kits (hygiene materials including menstrual hygiene-related goods) and basic food items to the most affected families. We will support all JRS staff and beneficiaries to cover basic needs since these have been severely affected. A plan to recover main infrastructures such as housings, offices, and power generators is also a current priority.

Looking at these last four years, it seems that flooding are going to be a recurrent reality in Maban. That is why JRS also plans on investing in some infrastructures that will help mitigate the effects of potential future floods.

Thanks to our staff and to your generosity for the continuous commitment to serving the people in need.

As JRS, we will continue to accompany, serve, and advocate for the most vulnerable, no matter how difficult the situation gets. 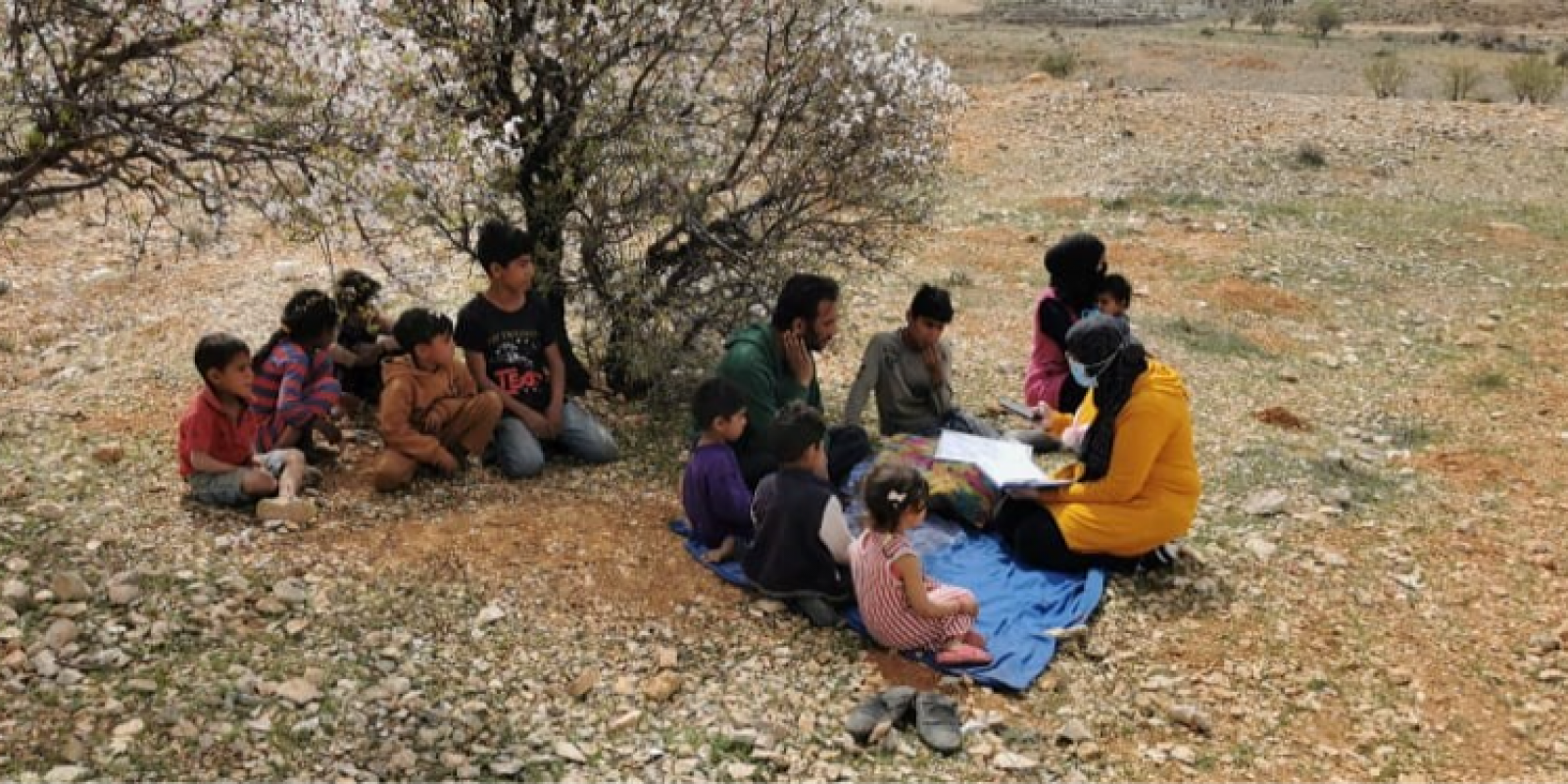