As billions around the world raced to respond to COVID-19 in 2020, Thailand distinguished itself as a true outlier among both its neighboring nations and across the globe.

The country’s overall response, including its ability to curb infections through most of the year, spurred the World Health Organization to select it, alongside New Zealand, as a true success story in the pandemic fight.

Over the past year, JRS Thailand continued to walk alongside urban refugees in the capital, Bangkok, through partnership with the Taiwanese Tzu Chi Foundation and financed by the US Department of State’s Bureau of Population, Refugees, and Migration (PRM).

“In our [URP] programs and services we really realize the mission of JRS,” says Rufino Sava, Program Director at JRS Philippines and formerly JRS Thailand.

“[Yet] the challenges actually are survival problems where most of them run out of financial resources to cover their survival needs.”

In the last year, the number of people arriving in Bangkok and claiming asylum have increased dramatically.

There are about 5,100 urban refugees, asylum seekers registered with UNHCR in Bangkok (as of October 2019), of which 17% are asylum seekers and 83% are refugees. In addition, there are a large number of people awaiting registration at UNHCR. 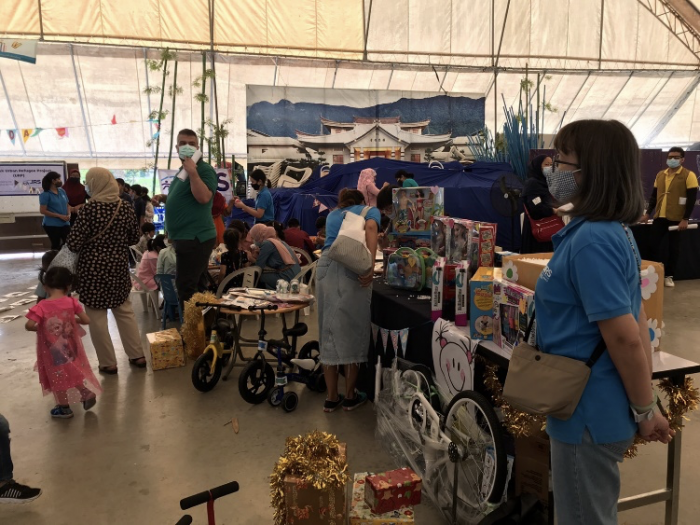 Since September 2020, URP staff had discussed ways to organize social integration activities with refugee children, including kids aged 3-15 years old from across South and Southeast Asia.

In late November, Tzu Chi Clinic hosted Children’s Day which brought together kids from Pakistan, Cambodia, Afghanistan, and Iraq for basic educational courses in Thai, as well as artistic and creative projects.

Kids were able to play games, enjoy sweet treats, and win prizes, while developing a better understanding of Thai culture, adjust to new norms and customs, and embrace community with their fellow refugees.

Learn more about our growing list of global partners, including PRM.

JRS Calls for Protection of those Displaced by Crisis in Myanmar