As March comes to a close, I’m looking back on International Women’s Month and the hundreds of thousands of refugee girls and women that JRS serves around the globe.

It goes without saying that 2020 up to the present has been particularly challenging for them.

UNHCR reports that 50% of refugee girls in secondary school may not return when their classrooms open after COVID-19. Nearly the same percentage of all refugee school age children are out of school.

It’s never been more critical to protect refugee girls and women, and to expand and maintain learning opportunities across JRS.

So, over the past few weeks, I began looking for ways that our colleagues abroad are making that happen.

That’s when I came across a remarkable Chadian artist named Salma Khalil. 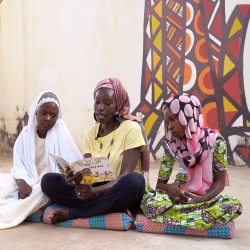 Born in D’Njamena, Chad, and raised in Germany and Nigeria, her media include photography, illustration, and graphic design imbued with traditions of her birthplace.

Her fire is fueled by a love to connect self-expression, teaching, and humanitarianism.

A decade ago, Khalil herself was displaced due to conflict in Chad.

Before she was displaced, she’d been content with artistic projects, a home, a family, and loving neighbors — then her world exploded in February 2008.

“We heard the shells that fell here and there, behind the river and they told us that the women and children had to leave. I didn’t want to go but they forced me. We arrived in Kousséri [Cameroon] around two in the morning,” she recounts.

“On the way we had to be careful,” she says, “because there was a combat situation, cartridges, wounded people, [and] corpses.

It was really traumatizing.” 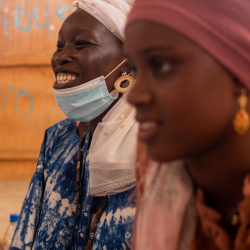 This past November, Khalil connected with JRS Chad and Entreculturas on a new idea to help other displaced girls process their own traumas:

She led a group of girls in creating an illustrated children’s story about the reality of refugee girls across her country.

On March 19, the project — “Afaf and the Golden Egg” — was finally brought to life.

The story includes many creative elements, including songs and characters, made by refugee girls from Central African Republic (CAR) and Sudan.

More importantly, the tales woven together are a reflection of their dreams, their commitment to peace, and a brighter future for women and girls across the region.

“The workshops have had a remarkable impact in and of themselves, as they have enabled the girls to understand the role of women in society,” Khalil says.

She was able to identify girls who already understood the role of women through education and which was passed on by the strongest role models: their mothers.

As the workshop progressed, we developed tales in which the heroine was a girl, and they immediately claimed that the village can be led by a woman. 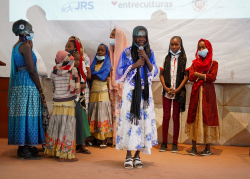 They all collectively agreed: women are the ones who truly make the world move.

Salima, a Sudanese girl born and raised in Chad, embraced her education and experience through the workshop as an ode to her own mother.

“Our father left us when we were young,” she says. “Didn’t give us money. Only by my mother, with her efforts, could I buy clothes for us.

And we bought notebooks and pencils.”

Salima believes that all protection begins with education. 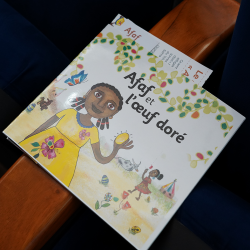 ​
Now, as Khalil looks back on her own displacement, she can’t help but see how her book project has given her a new perspective as much as it has to her students.

“War is a truly terrible thing,” she says. “I think that the work of these girls has allowed me to immerse myself in this situation and to understand.

During childhood, it can be very traumatic and destabilizing, but these girls have recovered with responsibility and courage in their work and success.” 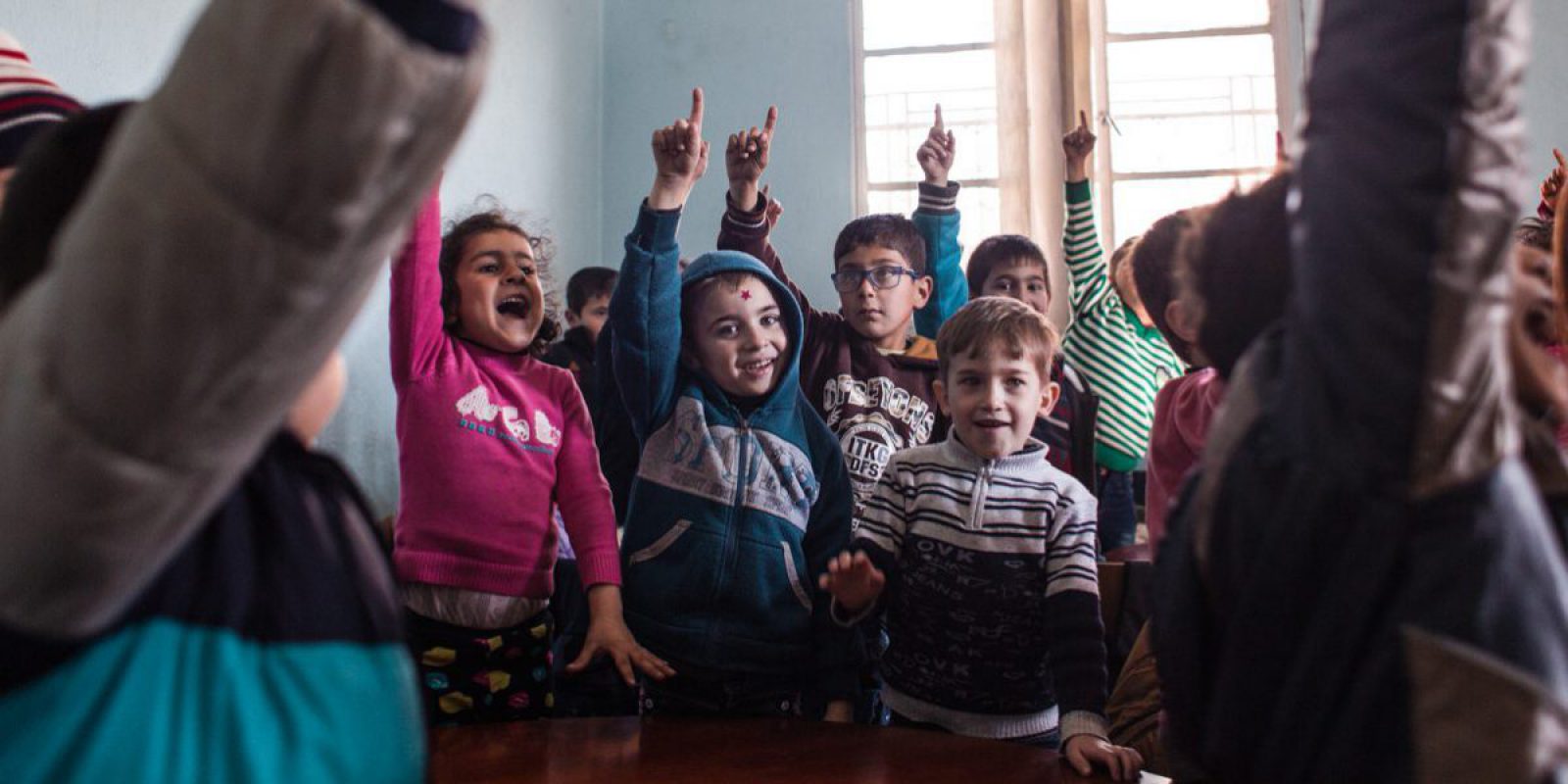