The Islamic State of the West African Province (ISWAP), commonly known as Boko Haram, is one of the world’s deadliest terror groups and is waging an extremist insurgency. The violence Boko Haram has caused in Nigeria’s Northeast has killed tens of thousands of persons, displaced millions of people, devastated thousands of communities, and slowed down the economy.

Formal education (so called “Western education” by Boko Haram) has been particularly targeted by Boko Haram, becoming one of the main targets of the insurgents, leading to the deterioration of the education system both in terms of access and quality. This is particularly true in camps for Internally displaced people. There are approximately 3 million school-aged children in need in Northeast Nigeria of which 800,000 IDPs and 400,000 returnees.

Over the last year, JRS has evaluated the needs in Nigeria and where JRS was best positioned to accompany, serve, and advocate for the displaced people in the country. JRS is now the process of opening offices the city of Abuja and supporting existing education projects in IDP camps in North Eastern Nigeria. 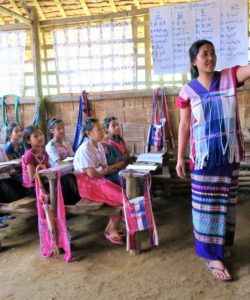