Join us on October 6th, 2021 at 6PM at Akin Gump Strauss Hauer & Feld in Washington, D.C. for a complimentary donor event.

JRS Middle East and North Africa (MENA) serves displaced people in Jordan, Lebanon, Iraq, and Syria– accompanying them through some of the most challenging times in their lives. Our work is driven by building inclusive community – providing education and an opportunity to hope for children, home visits and psychosocial support to all who have experienced the trauma of displacement, livelihoods training and opportunities to rebuild, and services that meet basic health, nutrition, and housing needs.

Join JRS/USA with Fr. Dan Corrou, SJ, JRS MENA Regional Director, and Fr. Joe Cassar, S.J., JRS Iraq Country Director, for a fundraising event to learn more about the ongoing issues and needs in the Middle East region, JRS’s approach to respond, and what you can do to help. 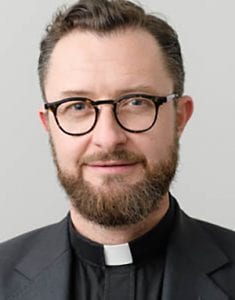 Dan Corrou grew up in Saratoga Springs, NY and graduated from LeMoyne College in 1994.  After two years as a Jesuit Volunteer teacher in Micronesia he returned to the U.S. and earned a Masters in Theological Studies at Harvard University.

Before entering the Jesuits, Dan worked at Fidelity Investments, the Jesuit Volunteer Corps, and the College of the Holy Cross. As a Jesuit, Dan earned an MA in Philosophy at the University of London and a Licentiate in Sacred Theology (STL) from Boston College.  After ordination as a Catholic Priest, he served at St. Francis Xavier parish in New York, NY.  He is now the Regional Director of Jesuit Refugee Service in the Middle East (Iraq, Jordan, Lebanon and Syria). 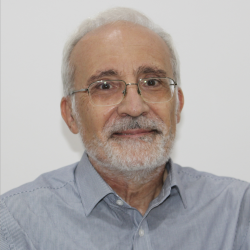 Fr Joseph Cassar, S.J. is the Country Director of Jesuit Refugee Service Iraq since February 2016. Born in Malta, Fr. Cassar entered the Jesuits in 1979 and was ordained in 1991. Since then, he has served in a variety of teaching, administrative, and pastoral assignments. His international and intercultural experience as a Jesuit repeatedly brought him face-to-face with the harsh reality of forced displacement. Following his first encounter with JRS in Nairobi, Kenya, in 1984, Fr. Cassar worked in emergency famine relief and in a multisectoral project among forcibly relocated persons in Ethiopia in 1985-86. Later, during studies in Rome, he volunteered with JRS Italy and in the International Office. Fr Cassar was the founding director of JRS Malta (1993-96), where he spent another term in 2008-11. He is a member of the Euro-Mediterranean Province (EUM) of the Jesuits.

If you plan to attend this event, RSVP below: