Siem Reap – In February, Ou Phanna traveled to a remote area in Cambodia to speak at a rally marking the 20th anniversary of the Mine Ban Treaty. Phanna is a survivor of a landmine explosion. More than a thousand people attended the event where Tun Channareth, a recipient of the 1997 Nobel Peace Prize interviewed Phanna.

Ou Phanna was born in Preah Vihear, a rural province on the border of Cambodia and Thailand. Her family was very poor, and she lost her mother and father at age 10. Soon after she became an orphan, Phanna went to live with her brother. One day, while picking mushrooms in the forest near her brother’s home, she stepped on a landmine. Her leg was severely injured. She was sent to a hospital in Sisaket, Thailand where she stayed for 3 months, recovering from a leg amputation. She described the time as being full of pain and fear. When Phanna was finally able to return home, her brother’s family refused to allow her to stay with them, so she moved in with her aunt.

In 2005, Phanna met an older sculptor through a Canadian organisation, and learned to make sculptures from stone. She also received an artificial leg, free of cost, from the Kien Kleang Centre, a national rehabilitation center in Phnom Penh. It was at this point that Phanna’s life finally began to change for the better, as she was able to support herself and take control of her future. She began sharing her story, and became an advocate for the ban on landmines.

At the rally, Phanna spoke of the long term consequences of landmines, and mentioned the warning of the Secretary General of the United Nations, Antonio Guterres, who has often suggest the world’s arms control architecture is collapsing.

Phanna also urged caution to the younger members of the audience, telling them “do not to go into mined areas, nor touch or play with land mines or any explosive remnants of war (EWRs). Watch out for mine signs!” She shared messages of support for the deminers, hailing them as heroes, and speaking of the community’s pride for their important work in clearing mines and other EWRs. She had a final message to the countries and corporations that use and produce mines and cluster munitions. Phanna begged them to end this practice, discussing the severe affects on human lives like her own.

These weapons are barriers to economic and human development. Many people who know the pain caused by them are asking you to promote peace not war.
OU PHANNA, LANDMINE SURVIVOR AND JRS CAMBODIA TEACHER

There was also an information fair at the rally. The Jesuit Refugee Service (JRS), Cambodia Campaign to ban Landmines (CCBL), mine clearers, peacekeepers, and representatives of the Cambodian government had booths where they presented their perspectives on the Mine Ban. Two popular displays included a map that showed which countries are signatories to disarmament treaties, and a weaving produced in 1995 by the women of a mined community in Banteay Meanchey, Cambodia. The weaving called for the removal and ban of landmines in the community.

Phanna now lives with her two children and husband in Siem Reap, where they are sculptors. She and her husband earn their living by selling their art. They teach other sculptors and provide sanctuary to those in need. Phanna and her husband have been able to sell their work with support from JRS, and they use their income to educate their children. 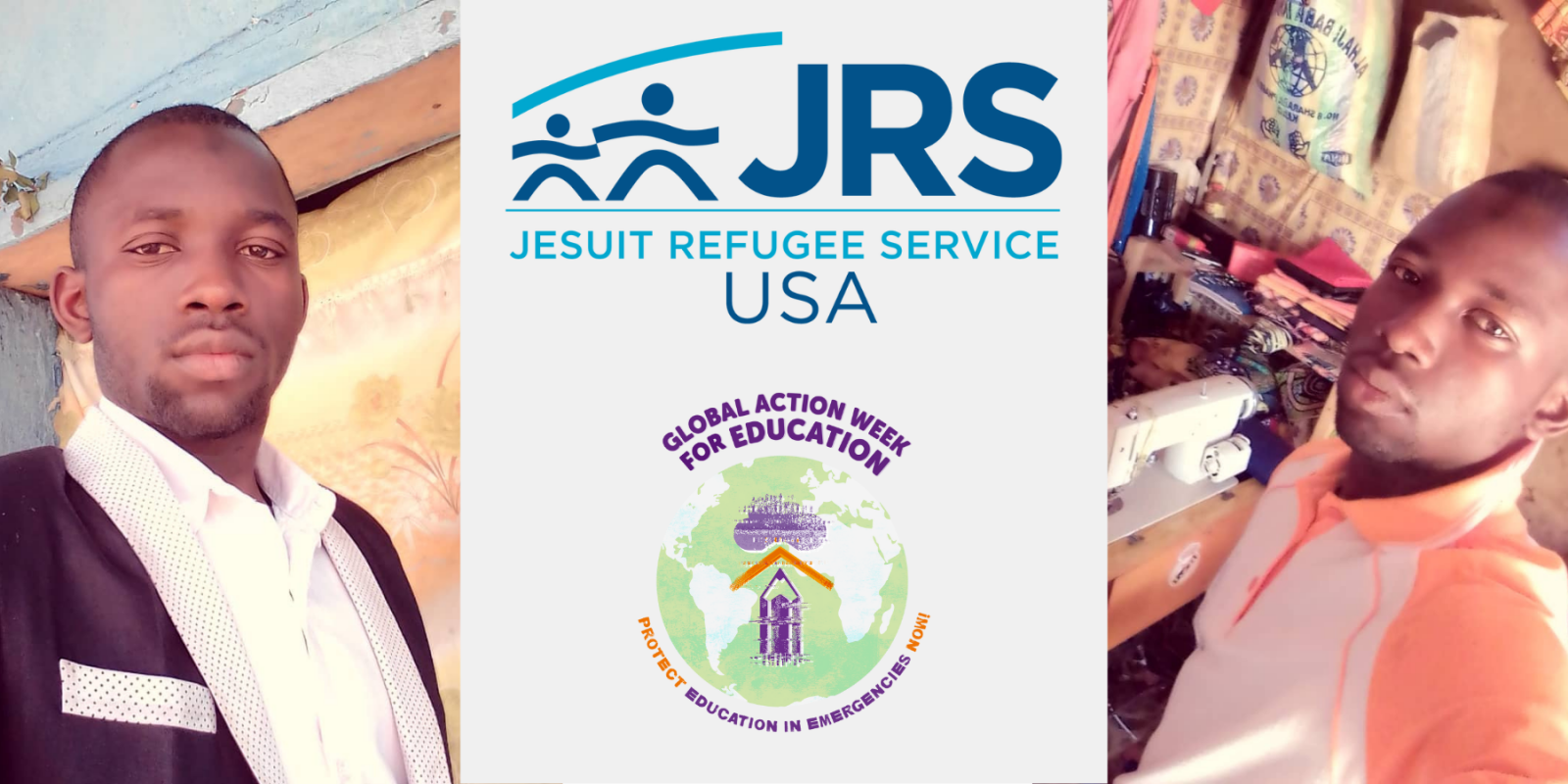