Global: The Battle to Stay in Touch with Hope

Fr. David Holdcroft SJ, the Professional and Post-Secondary Education Specialist at Jesuit Refugee Service (JRS), is leading the Pathfinder initiative, a program to enable refugees to reach their educational and professional potential.

Young refugees want to fulfill their dreams. For them it’s a battle to stay in touch with hope. Hope is a very fragile thing.
Fr. David Holdcroft SJ, JRS Professional and Post-Secondary Education Specialist

After listening to young refugees, particularly those with children, JRS identified a need for continued training and support after their basic education ends. Living in a camp or an urban area, refugees often lose the ability to make decisions for themselves. The lack of ability to work for the betterment of their family’s future causes them to lose hope.

Previously, JRS education courses operated under the assumption that refugees would eventually be resettled, but most refugees remain in transitional areas such as camps or large cities for years. With long stays outside of their home country, many are unable to complete secondary education. They are forced to leave school to earn income, and in Africa this disproportionately applies to women and girls.

To respond to these assessments, JRS decided to strengthen the link between education and employment, ensure that courses will provide jobs and income generation, and increase efforts to reach minority groups and women and young girls. This will be done partly through collaborations with local agencies and organisations. Acknowledging the long-term reality of refugee status, there is a new stress on using local partnerships to provide opportunities in the camps and cities instead of ideal countries of resettlement. This is also helping to address the needs of both refugee and host communities, which is the second goal of the new Pathfinder initiative.

There are almost 70 million people, bigger than the population of the UK, that aren’t being recognized as resources. Imagine the amount of talent and gift that is present in the refugee community that the world is missing out on.
Fr. David Holdcroft SJ, JRS Professional and Post-Secondary Education Specialist

This new initiative will provide personalized attention for refugees, assessing their education and interests to determine what courses and program can help them achieve their career goals. It will also make use of a Livelihood Officer, who will advocate and network with potential employers to receive refugee interns, hopefully creating more permanent employment opportunities. Pathfinder was created in collaboration with refugees to understand their reality and needs. Their input has created a project that enables them to influence their own futures.

This story is part of JRS/USA’s World Refugee Day Campaign – With My Own Two Hands to celebrate the strength, resilience, and talent of refugees and what they can do and contribute their own two hands. We’ll be sharing stories of refugees who have rebuilt their lives and contributed to their new homes. We’ll also be offering you opportunities to learn more how you can use your own two hands to help refugees not just to survive but thrive. If you’re in Washington, DC, join us for World Refugee Day! 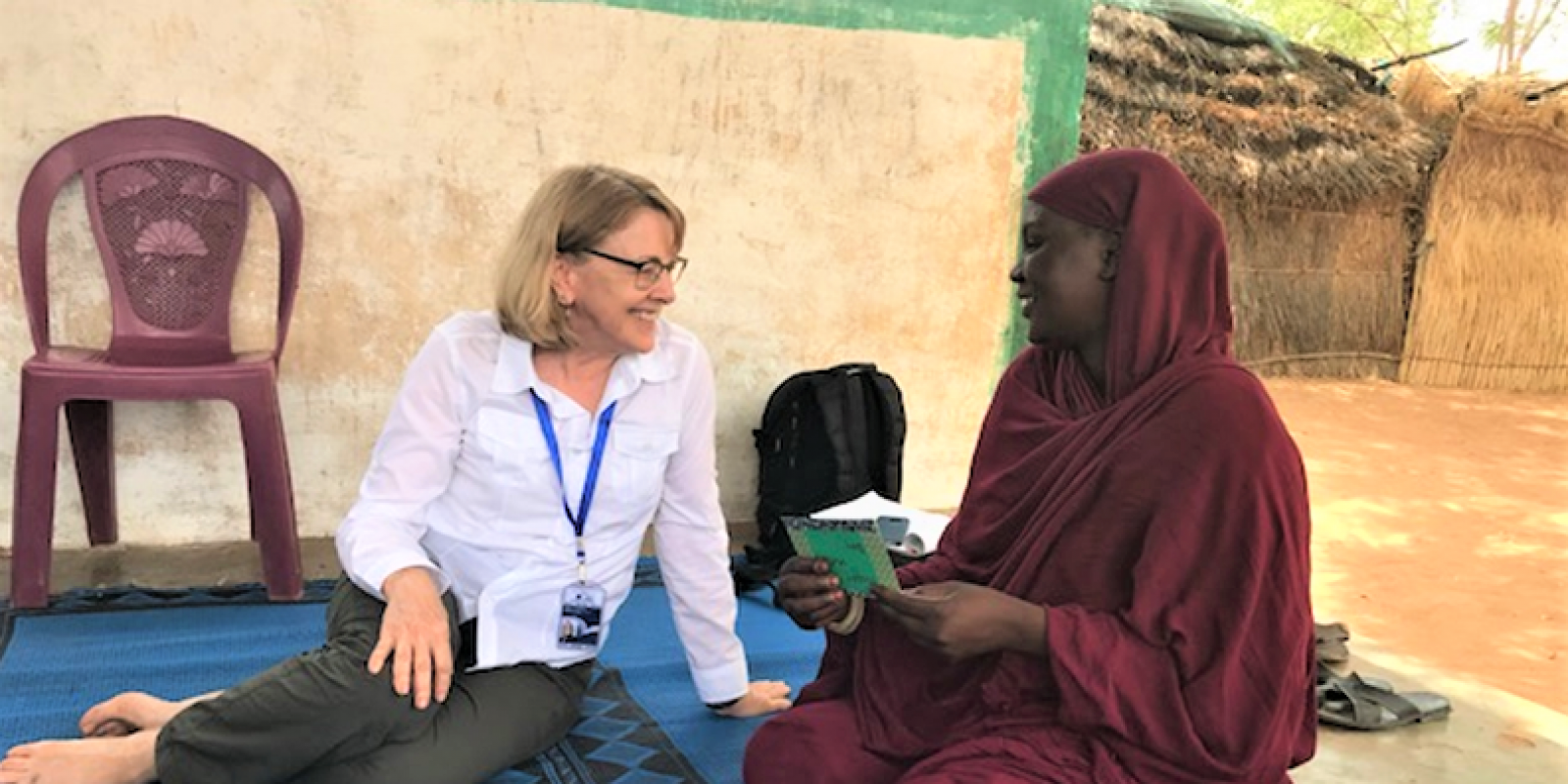 Chad: Education and the Opportunity to Excel