A few months ago, I volunteered at Jesuit Refugee Service (JRS) Indonesia as part of my Jesuit Tertianship, the final stage in Jesuit formation which is also called the third stage of probation. Probation with JRS meant working with a non-governmental organisation. This was a good experience because I got to observe and learn about how JRS works. A week before my probation in Bogor, I undertook leadership training. This was a chance for me to put what I had learned into practice.

I admire how JRS staff and volunteers work. They take notes on everything they do. Every Monday morning, they gather and plan their weekly activities. They also share what they did during the previous week. During my time with JRS I volunteered with healthcare services and helped provide food and housing support to the most vulnerable asylum seekers and refugees. I had some touching experiences that will be remembered in my prayers.

First, during my visit to the learning center, Salim*, a teacher from Afghanistan invited me to close my eyes and imagine how it might feel if my family and I were chased, persecuted, and threatened to be killed by a group of people. It was so frightening to imagine how my family and I would have to run in panic to search for a safe place in fear for our lives. It was a short contemplation, which lasted for about 3 minutes, but I felt tears in my eyes when I opened them. I understood that the same was happening to Salim, and his friends from Afghanistan.

Second, I met Ahmad, a six-year-old boy who has experienced breathing problems since arriving in Indonesia. The doctor says he has asthma. His father couldn’t believe it because it never happened when they were still in Afghanistan. They have met with doctors many times and doctors always suggest using an inhaler. This time JRS took them to Ciawi Hospital. There along with Nico SJ, JRS staff and 5 volunteers, JRS Indonesia met the pediatrician and therapist. When Ahmad was given inhalation treatment, his father saw a lot of improvement. He asked us to buy them the inhalation device. But the doctor said that it was unnecessary and that we were not allowed to buy it, as it requires a specific dose of medication for every use. I tried my best to explain this to him.

Through this experience, I could see how leaving the comfort of your own home can change everything. I remembered the Holy Family and their flight to Egypt, they had to leave immediately to a foreign land. It was probably not as difficult as now, ID cards were not required back then. But it’s a similar situation, leaving your own home must be unpleasant.

Third, a woman from Afghanistan said that Indonesian people are really kind. During her stay in Indonesia, she could really feel how Indonesian people helped her in daily life: during her trip to the market, while she was on public transport, on the road, etc. She said she didn’t get this feeling when she was in her home country. I felt happy to hear this. I am lucky to be a part of this country, but it also reminded me of a short writing circulated on Facebook about how we can’t choose where to be born and by whom. I remember also a quote from Sayyidina Ali bin Abi Thalib that stated, “He who is not your brother in faith, is your brother in humanity.”

My experience with JRS has opened my eyes to the need for volunteers. I feel that my friends in JRS show high dedication in doing their job. No one felt forced.
Dominico S. Octariano Widiantoro S.J.

Overall, my time with JRS in Bogor was very interesting and challenging. Many things could be done. The asylum seekers and refugees I met don’t live in detention or on one specific compound. They are instead living within the local community, in many places. Most live in Cisarua as the living cost is low and weather is similar to their home country. They felt that JRS is dedicated and always there for them.

I also found that visits to houses, accompanying those with medical problems to hospitals, and providing classes in learning centers are really good ways of serving the refugees and asylum seekers. The English program and interpreter trainings to help communities are also provided by JRS. There are now about 1500 refugees around Cisarua area but JRS Bogor has only 10 volunteers.

JRS volunteers come from various backgrounds. Asylum seekers and refugees call the volunteers brothers and sisters. This shows how close JRS is to them. My experience with JRS has opened my eyes to the need for volunteers. I feel that my friends in JRS show high dedication in doing their job. No one felt forced. They often work overtime when needed and they are willing to do it freely without demanding a higher salary. I am really grateful for all of my experiences with JRS and I am willing to support JRS, especially in their fundraising activities in Catholic parishes. 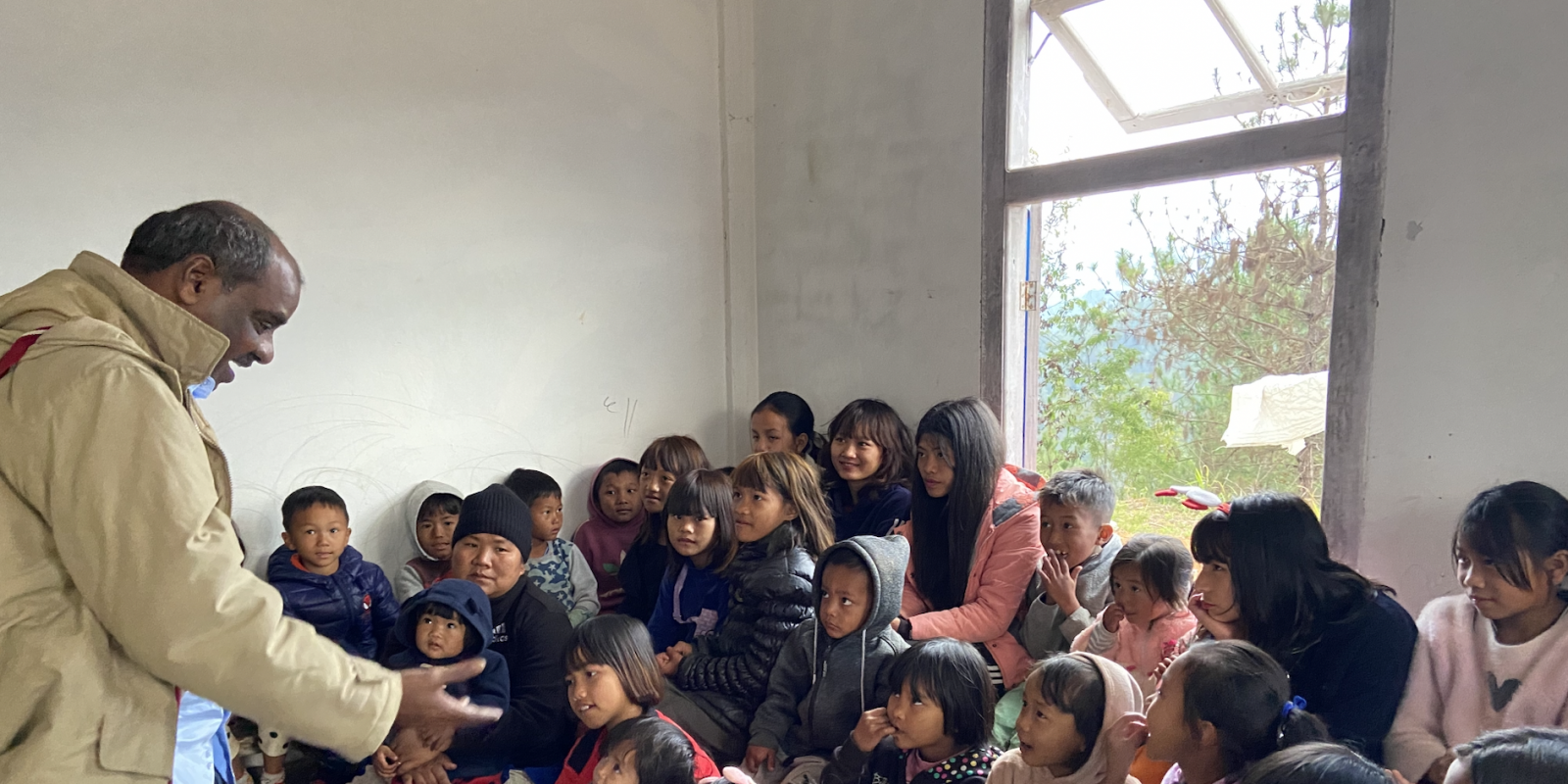