Under the shadow of the palm tree roof, nine people carry sacks around, knead, organize and clean. When the coals are ready, they’ll place the rounded dough inside the oven. Some loafs will be sold, some brought home for the family.

Despite only opening in April 2021, the business is going well. What’s more, this is not a common bakery; this is a cooperative with over one hundred committed participants.

In Central African Republic (CAR), 172 people living with disabilities — all members of the People with Disabilities Organization in Bambari (ORPHAB in French) — decided to come together and open a collective bakery after receiving a four-month cash allowance from the Jesuit Refugee Service (JRS) USA in 2020.

The participants make up part of the 350 vulnerable households (280 in Bambari and 70 in Bangui) who are financially supported by this project, which aims to counter the devastating economic impact of COVID-19 and the escalating conflict in the country. 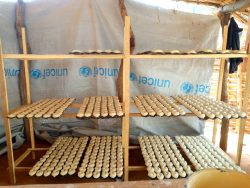 Half of the assisted families are those with disabilities — often the most vulnerable and neglected in emergency situations.

“A direct cash distribution allows people to be free to use the money as they need,” said Louise Mapouka, JRS Education and Cash Distribution Project Monitoring Agent.

“They were only oriented and guided to do a correct use of the cash, according to their daily life and needs.”

“We decided to open this bakery because there aren’t enough bread producers in the village,” explains Donatien, President of ORPHAB.

With the first two months cash, OPRHAB members bought land for the organization, built an oven and a room for their meetings. In the following months, they received tools, ingredients, and hired two trainers to teach them how to make the bread.

Only some of the members work directly at the bakery, while the rest are investors, and most of the benefits are used to cover the bakery’s expenses. In the future, the members hope to be able to support each other when needed, pay medical expenses, organize literacy trainings, and receive a stable income.

“On baking days, I receive some little encouragements in form of cash or bread, which helps me a lot to support my family,” Zara explains. A single mother in charge of 13 children, she now cooks for the workers at the bakery and sells the bread. 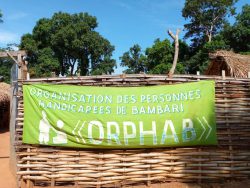 “I can’t say [the bakery] has change my life yet, time will tell,” she says, “for the moment, I am very proud of being part of this project.”

“I contributed to the bakery so this auto-sufficient project could succeed,” Job, one of the bakery investors, says. “We contribute to the good nutrition of the population with good quality bread, so our relatives and neighbors can get good bread nearby.”

“It is the first time someone supports ORPHAB,” says Donatien. “If this continues for a long time, we will live better and, as people with disabilities, we will be more taken in account and respected by society.”

Get to Know the Co-Op Bakery Members 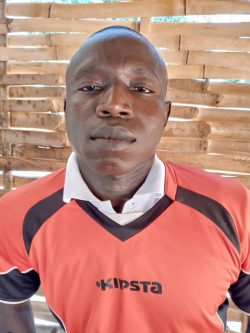 What made you decide to be part of the cooperative bakery project?

“We decided to open this bakery when JRS supported us with cash because there aren’t enough bread producers in the village. We considered that a bakery business could work well and that we could make good bread recipes and improve quickly.”

How long did it take to open the project and how was the process?

“It took us two months. We started working in the project in February and started producing bread in April 2021. Everyone contributed. We contributed [to the project] with 2 000 FCFA [about 3 EUR] each, in the two first distributions and with 5 000 FCFA [8 EUR] in the third and forth distributions. 172, 144 FCFA [263 EUR] in total among all of us.

We bought the bricks, paid the builders and the tools and built a traditional bread oven with fired bricks. We also built a shed to celebrate our meetings.

With the crisis in Bambari, items became expensive in the market. With the second JRS cash allowance, we bought wheat flour in order to start making bread and sell as an income-generating activity. This income helps us support each other if ever one of us has a health problem and no means to seek treatment, or a problem in his/her family.”

What motivates you the most of this work?

“I feel good and happy, since it’s an activity I like and enjoy. The collaboration in our team is good and we know each other. We can grow and have some income, and it’s an easy activity for us.”

What did you used to do and how did the bakery impact your life?

“After my studies I didn’t find a job, so I sold tobacco. I struggled a lot that time, and the bakery improved my life. I gained skills in bread-making and the life conditions of my family are better. We have bread to eat at home.

For the moment, since we are stating and there are some difficulties, the project will help the association [ORPHAB] and the members who contributed to the project. The incomes will after help us to pay the rent and school fees.” 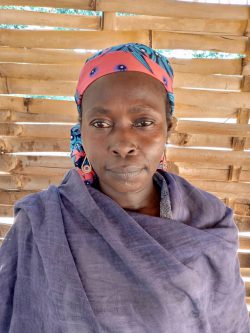 Why did you flee your home?

“I was living with my husband in Kolo but we fled due to the war, to refuge from all the atrocities. My husband died and I am alone with nine of my children and 4 grandsons and granddaughters. One of my children has a disability.”

How was your life before?

“When my husband was still alive, we lived in a mining village. I had some little sales activities and I worked in the field. When we fled to Bambari, I received a literacy training thanks to the IOM and I received some funds to sell coffee. With JRS support, I could expand my coffee business. As a widow, I am very happy to be part of the handicapped people group.”

What made you decide to be part of the cooperative bakery project?

“I had little to contribute to the project but I was very happy to be part of it. The People With Disabilities Organisation in Bambari chose me as a member of the project, which helps me to raise my family. I am glad with this project that gives us an income.

We thought that a bakery would work well in Bambari and it is actually going easily and good.” 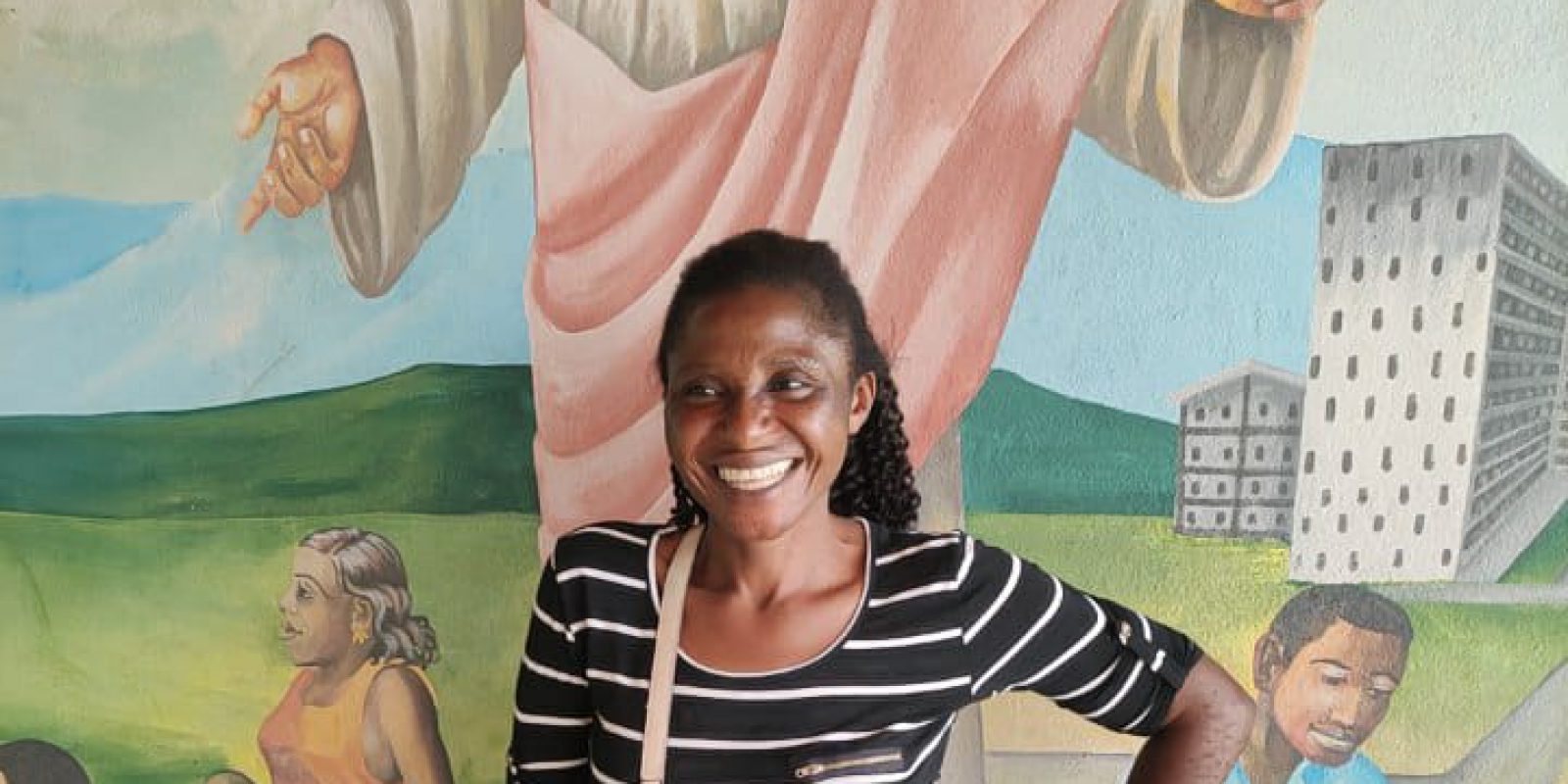