JRS/USA’s new Migrant Accompaniment Network launched last week. The volunteer-based initiative operates under the larger Caminar Contigo Border Response Program, which aims to provide legal assistance as well as mental health and psychosocial support services (MHPSS). The Migrant Accompaniment Network focuses on welcoming asylum seekers once they have entered the United States, as JRS/USA recognizes that crossing the border is just one crucial step in their journey. Logistically, it is designed to connect people who are relocating to the US with individuals or groups, ready to welcome and aid where needed.

Jovana Nieto, the JRS/USA Community Coordinator, oversees the process of finding volunteers for the Network. She recently sat down to discuss the necessity of this program and the scope of experiences that asylum seekers have during their journey to cross the border.

In one instance, Ms. Nieto recalled a family she encountered in one of the shelters in El Paso, Texas. They had a pair of ten-year-old twins who suffered from a disability that limited their mobility. Their parents carried the two kids from Colombia to the border in El Paso.

This family is just a few of the over 100,000 people seeking asylum in the United States. 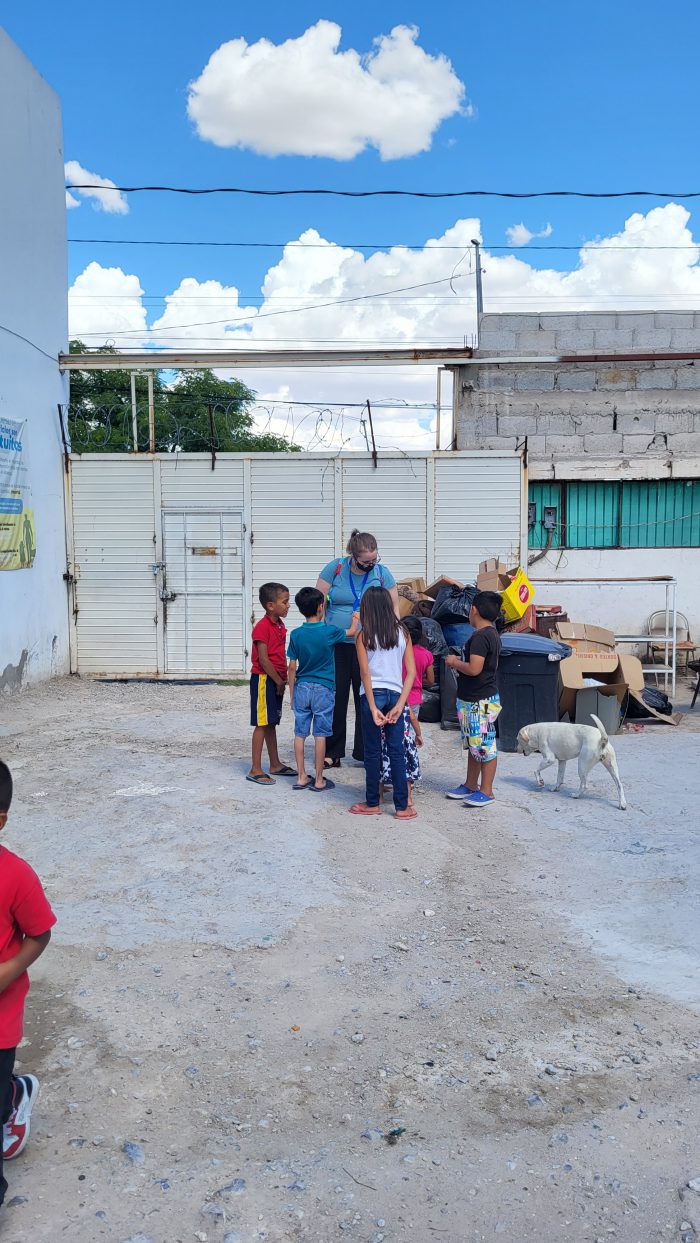 In the 5th grade, Ms. Nieto moved to El Paso, Texas and has been a member of this community ever since. Integral to the make-up of this community, she explained, is the frequent crossing of the border between El Paso and Ciudad Juárez. Ms. Nieto herself attended grade school in Mexico and described how people commute between the two cities to go to work and tend to other needs. In some ways, these two communities and cultures have merged with one another.

“Living at the border is different than anywhere else,” Ms. Nieto said. Now, she works to help asylum seekers merge with communities around the nation.

In the past, Ms. Neito has served the El Paso community as a coordinator and advocate for survivors of sexual assault and domestic violence. When the opportunity arose, Ms. Nieto was eager to work with JRS/USA to establish a network of support for asylum seekers in the US.

Integration is a difficult and ongoing process but Ms. Nieto reflected on moments of success and joy in her work. Recently, a slew of pictures were sent to her from a family who relocated to North Carolina. There, a group of parishioners joined together to support the family’s arrival. The pictures show the family celebrating their son’s birthday.

The Migrant Accompaniment Network is present in 29 states, but Ms. Nieto has her eyes on the whole country. Her ultimate hope is that the network will be wide enough so that wherever an individual or family relocates, there are volunteers ready to welcome them.

Sister Stephanie Spandl, SSND has volunteered in El Paso with JRS/USA and in her reflection on the experience she said: “what came to me clearly in prayer was the image of Veronica wiping the face of Jesus – so little in the face of his crucifixion and yet so profound that the story is still told today. I was called to trust that little things matter, that gestures of kindness and compassion make a difference, that being present and witnessing their suffering matters.”

To get involved, or find out more about how you can support the Migrant Accompaniment Network, please visit our website here.


Global Update: The Status of Education for Girls in Afghanistan 25 Jan 2023