Italy: I Was a Stranger and You Invited Me In

When Pope Francis urged religious congregations to open their empty convents to welcome refugees in September 2013, Mark* never heard about it. Even if he had heard the news, chances are it wouldn’t have grabbed his attention for long. At the time, the 27-year-old was busy getting on with his life in Nairobi. Things were looking good: Mark was running a research firm with friends, he had just been accepted for his dream job in Kenya’s parliament, as a clerk, and was all set to graduate with a Masters in International Studies.

Barely six weeks later, the unthinkable happened. A politically motivated attack forced Mark, his mother and 10-year old sister to flee Kenya. The family came to seek asylum in Rome, where a community of the Capuchins, a men’s religious order, opened their doors to them.

Their hospitality is an answer to Mark’s prayer in more ways than one. When I ask him to tell me about his new home, Mark replies with another question: “Is it enough to offer us refugees a place to sleep and dinner?”

His manner is not confrontational. Mark is nothing if not respectful and soft-spoken, a gentle giant. He answers his own question: “What we need most is love and compassion to restore the dignity that has been taken away from us. We need to know all is not lost, to heal our wounds and rebuild our lives, and hopefully heal others who are wounded too.”

What we need most is love and compassion to restore the dignity that has been taken away from us. We need to know all is not lost, to heal our wounds and rebuild our lives, and hopefully heal others who are wounded too.
Mark

Mark found compassion in the community that welcomed him. As well as a home, they gave him the pastoral support he badly needed to feel whole again. “For the first few months the situation really took its toll. I became bitter and almost lost hope. Thanks to the counselling I received, now at least I can talk about what happened.”

What happened is that hired thugs burst into Mark’s home in Kenya one evening and took him hostage, leaving his 20-year-old cousin dead and landing a close friend in hospital with serious injuries. “They came after my mother, because of her work,” recalls Mark. “We survived by the grace of God. They took me and told my cousin to go back to sleep. As soon as he turned, they hit him in the neck and killed him.”

The rest of the family survived because neighbors switched on their burglar alarms and alerted the police. Mark’s mother didn’t wait around. Together with her children, she left the country. Mark still bears the scars of that attack. “I have a mark here, on my skull, and on my arm. But the emotional wounds are the ones that stay with you. The final seconds I spent with my cousin are always with me. Every day I think: what if I had resisted? What if I had done this or that? But now I also accept that to live means to honor his sacrifice.”

Like so many other refugees, Mark finds that his Christian faith sustains him deeply as he seeks to come to terms with his ordeal: “Our faith in God is what keeps us going, even as it is constantly tested by the many challenges we face, and as we seek answers about the pain we have gone through.”

Mark, his mother and sister feel like part of a family at the Capuchins now. But acceptance was not automatic. Mark knows something about the initial awkwardness and misgivings that welcoming the stranger can entail. “It’s not an easy decision to take someone into your home, to let them into your ‘private space’. But it is possible: in these months, I have seen attitudes change from suspicion to affection and love. I now feel part of the community.”

...In these months, I have seen attitudes change from suspicion to affection and love. I now feel part of the community.”
Mark

Others support the Kenyan family too. Mark is overflowing with praise for JRS Centro Astalli, especially for his lawyer. “I wouldn’t have been able to manoeuvre the legal system without Francesca’s help. She really pushed our case and we were granted refugee status.” Francesca also introduced Mark, his mother and sister to a parish group of 20 families. “They invited us to their church to tell our story and we became friends. They are so good to us. Sometimes we attend their meetings. We spent Christmas Eve with one family. It’s like I was saying before: this is what refugees need, to feel welcome, not to be seen as a bother.”

Untold obstacles still face Mark’s family. To name just one, he knows that getting a job is very difficult. But he is upbeat and grateful for so many “guardian angels”. His last word: “If all refugees could get such a welcome, it would be so good. But they don’t. Many are worse off and even sleeping on the streets… my heart goes out to them. This love, this support to start afresh that we have received, is what all refugees deserve.”

*Names have been altered for security purposes 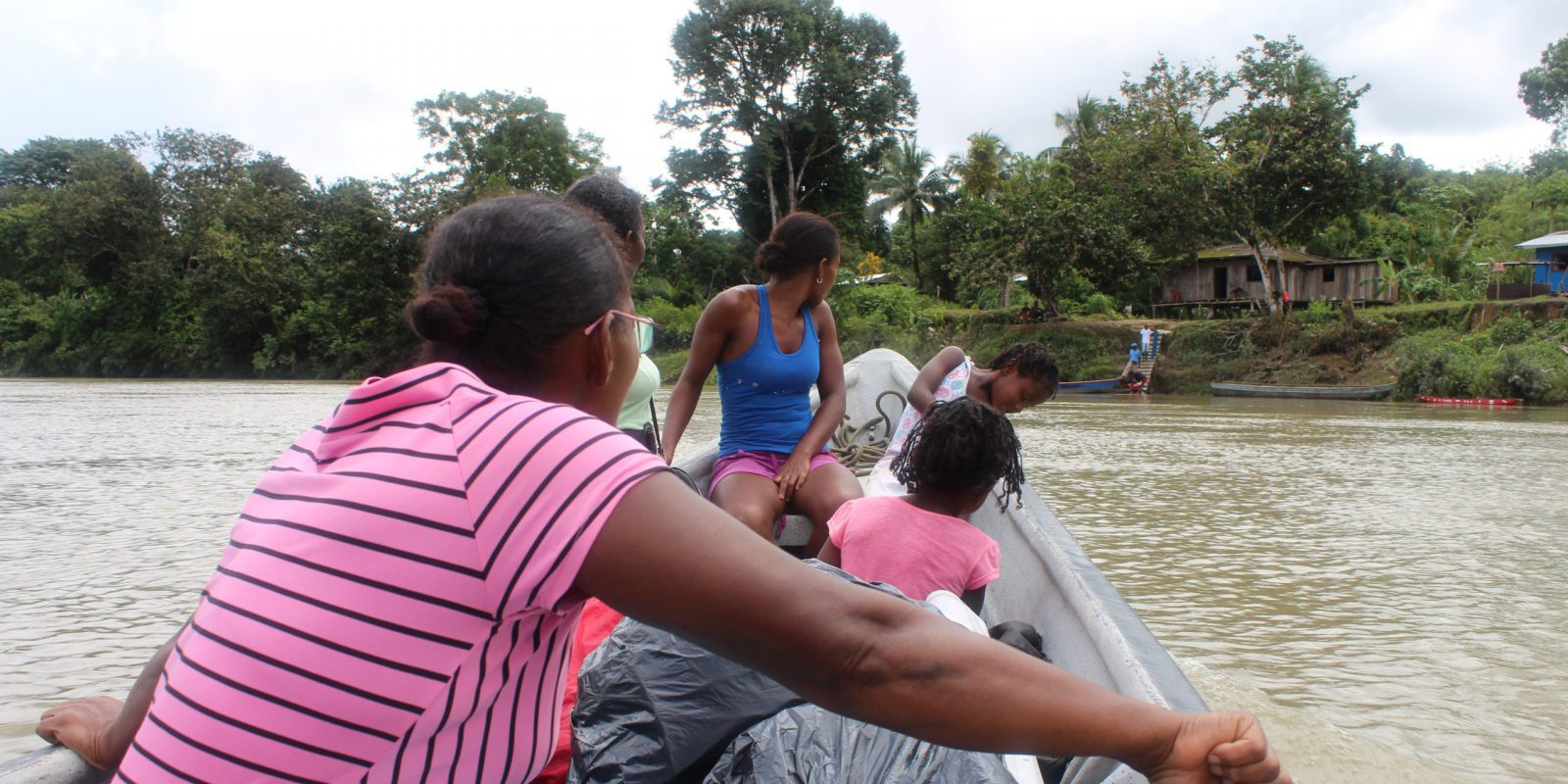 news
On the US-Mexico Border: Witnessing Accompaniment in Action 13 Jul 2021